A recent research (which was led by dr. Samuel Williams from Durham’s University) shows the extreme decrease in number of living leopards in Africa. The research itself has taken place in African Soutpansberg Mountains from 2012. – 2016. At the end of the research they concluded that  cats’ population density has decreased around 44 percent in the 4 given years. Therefore it is notable that leopards are an endangered specie today more than ever.

But, there was a research which taken place in 2008. led by the same team members. Since the mentioned research in 2008. there is a decrease of two thirds in the population. The team mentioned how hard it is to study leopard population because of their secretive nature and behavior.

The Local authorities recognize the problem as a threat

The Government is also fighting this problem. The hunting ban is still in effect and the information about the wild hunts are being collected. The leading reason for such a decrease is human factor. Wild hunt, shooting, snaring and poisoning are still the leading causes of leopards’ deaths in Africa. Leopards are large carnivores, and as such are extremely important for our ecosystem and complete food chain. Their loss would effect our ecology and our culture for good.

If we don’t find a way to slow down the decrease rate, leopards will be gone from the region by 2020. They population density has also decreased by 44 percent since 2012.

Book of the Month 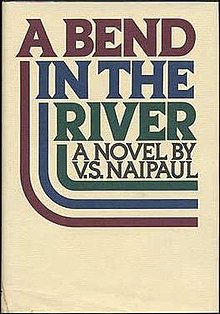 A bend in the river is a book that tells the tragic tale of Africa. It’s a story that speaks of the struggle that life in post-colonial mid-20th century Africa has been. Things are somewhat better now, but they are still far from what they should be. Check out this book by the famous author V.S Naipaul, you won’t regret it for sure.

Checkout some of the videos down below that feature some of the most iconic places that you should visit in Africa. These are really great at capturing the full beauty of the African continent and it’s an enough of a teaser to leave you wanting more. That way you will have to come and visit Africa yourself. Check these out: